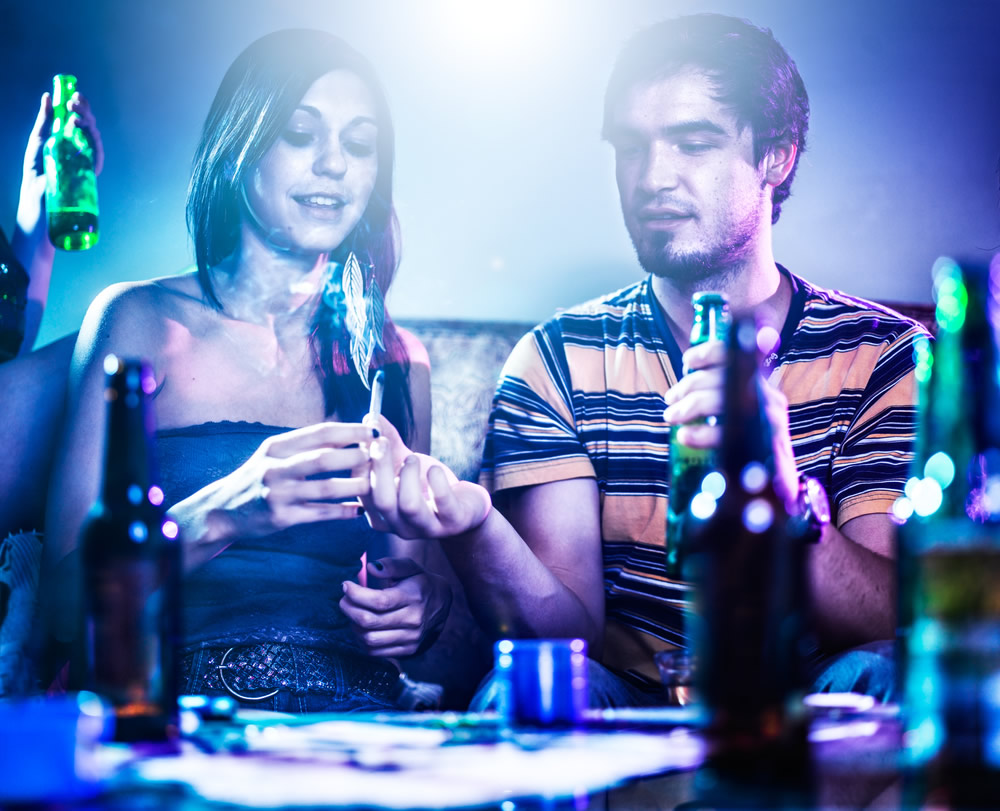 The Effects of Tobacco, Alcohol and Drugs On -- the Teen Brain!

Risk-taking occurs in everyday decisions of life, but that does not diminish the possible unhealthy consequences of alcohol and other drugs and  tobacco on the developing teen brain. Recent brain research with magnetic resonance imaging suggests that  alcohol impacts adolescents differently  than it does adults. Young people are more vulnerable to the negative effects  of alcohol on the hippocampus—the  part of the brain that regulates working memory and learning. Consequently, heavy use of alcohol and  other drugs during the teen years  can result in lower scores on tests of  memory and attention in one’s early  to mid-20s.

People who begin drinking before age 15 are four times more likely to  become alcohol-dependent than those  who wait until they are 21. Teens also  tend to be less sensitive than adults to  alcohol’s sedative qualities. Sedation  in response to alcohol is one of the  ways the body protects itself, since it  is impossible to keep drinking once  asleep or passed out. Teenagers are  able to stay awake longer with higher  blood alcohol levels than older drinkers  can. This biological difference allows  teens to drink more, thereby exposing themselves to greater cognitive impairment and perhaps brain damage from  alcohol poisoning.

There are also striking differences  in the way nicotine affects adolescent  and adult smokers. Nicotine results in  cell damage and loss throughout the  brain at any age, but in teenagers the  damage is worse in the hippocampus, the mind’s memory bank. Compared  to adults, teen smokers experience  more episodes of depression and  cardiac irregularities, and are more apt  to become quickly and persistently  nicotine-dependent. Drugs such as cocaine and amphetamines target dopamine receptor  neurons in the brain, and damage to  these neurons may affect adolescent  brain development for life in the areas  of impulse control and ability to experience reward.  Other effects of substance abuse in  adolescents include delays in developing executive functions (judgment,  planning and completing tasks, meeting goals) and overblown and immature emotional responses to situations. Being sober is the best way to consciously fit in the crowd, if you must fit at all.  Knowledge is power that helps YOUTH make better, sober and healthier decisions in life!